He isn’t often the focus of this blog these days, so I thought I would take a moment to let him shine!  My biggest boy turned 9 yesterday and we had a blast celebrating his life! 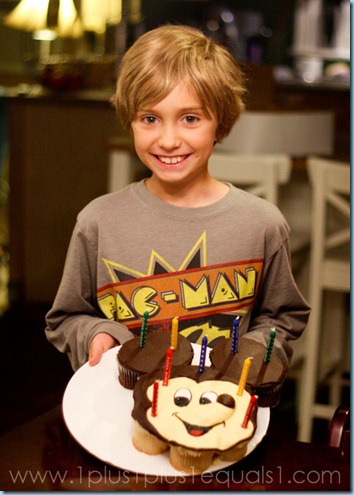 He gets spoiled by the grandparents and got some pretty neat gifts this year.  I think this age group is difficult to shop for at times, so I thought I would share his gifts in case it would help any of you who have children similar ages!!!

Frigits were a BIG hit and such a neat toy!!! 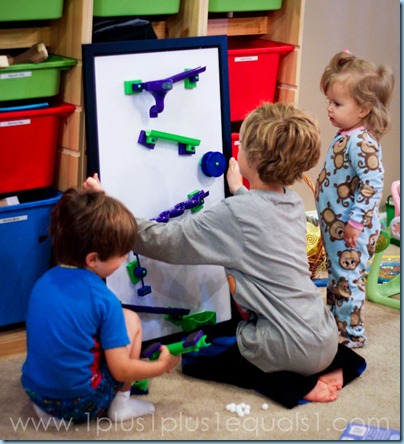 A cage BINGO set that he requested.  We have played BINGO so many times already!  This is great for Krash learning to identify larger numbers so it works great a a family game right now!!! 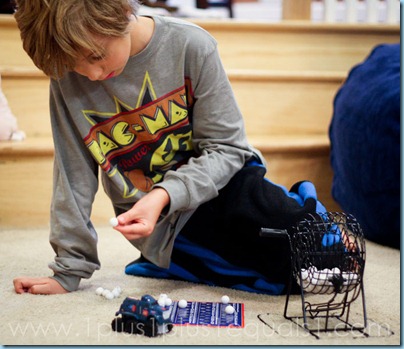 The BIGGEST HIT, a new color changing iPod dock {at this point he had NO clue he was getting his own iPod Nano, we told him he could set up playlists on our iPods and use them}. 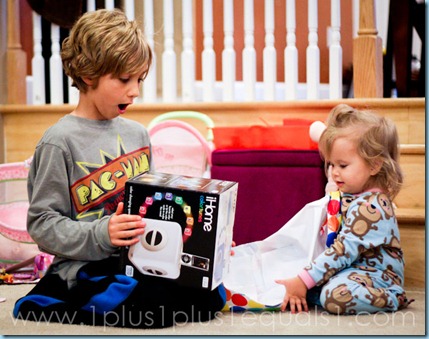 Later in the day he opened the card with the iPod info in it {it was arriving the following day in the mail!}.  We got him the 8G IPod Nano and he LOVES it!!!!  He is obsessed with music and has cds playing constantly.  We got him an iPod for him and also for ME!  I hate the cds laying around everywhere!!!! 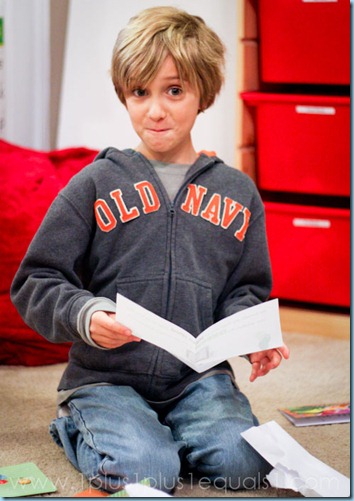 He got a few other gifts, Fuzzoodles being another favorite.

Our boy was THRILLED with his day.  It was simple and fun, he is a great kid and we are so honored to be his parents!