Awhile back I wrote a Behind the Scenes post about beginning to transition Krash from Tot School to Preschool.  We are almost entirely done with that transition and I wanted to update you in case our journey might help anyone!  As I always say-our way isn’t necessarily the right way, it’s just a way that has worked for us.  Every child is different and what works for Krash and our homeschool may not work for yours.

At the writing of this post Krash is 46 months old, we began the transition I am writing about now about 6 weeks ago. 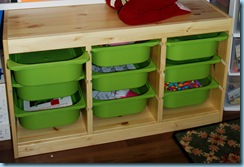 I got this awesome set up from Ikea.  I have known I wanted this for years now, but just couldn’t bring myself to spend the money.  Finally my husband encouraged me to just get what I really wanted and honestly I am SO happy I did!  This is the set we have.

We did the transition slowly.  At first I just switched his normal things that would have been on his trays over to the workboxes, and just let him open them all up and pick what he wanted-the same freedom of choice he had with his tray set up.

Slowly I added in more preschool type work and eventually I added the numbers to his boxes.  I set up the 9 boxes with 6 being his workboxes and the 3 on the bottom being his “star” boxes.  These are the boxes filled with open ended toys that he can freely play with after boxes 1-6 are finished each day.  Here’s a photo I took and labeled to show you how it is working now. 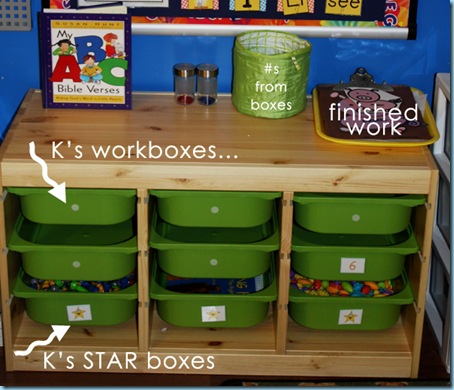 You can see he was almost done for the day when I snapped this, as box 1-5 are done and the # cards are off and his finished work is on the tray.  Some days I don’t have all 6 boxes filled and if I don’t I just don’t put the numbers on him.  It only took him a few days to understand that.  Now he can look and see that he only has 4 boxes on a certain day, and then he is free to play in star boxes.

A few random thoughts about how we do things…

So, I know you are wondering 😉 what is in the different boxes?  Here’s an idea of the types of things I would put in each set…

In Workboxes 1-6…activities with a clear ending

Here’s our new Preschool Tools store I set up to help me keep all of our suggestions in one place.  We still use many of our Tot School Tools as you will see, I just wanted to have a new section as we enter into official preschool years!

We are just weeks away from officially beginning our new Raising Rock Stars Preschool program!   I can’t wait to share with all of you, I have been working like crazy behind the scenes to get it ready for Krash and to share with you!  Stay tuned! 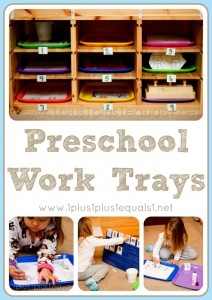 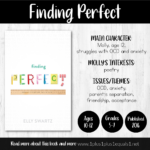 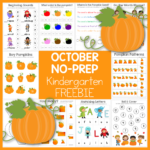