Years ago I created the USA Geography PowerPoint and used it to teach my oldest son basic facts about U.S. states.  I will be using this PowerPoint show this coming year with my youngest children {1st and 4th grade} and updated it to be used on our iPad via the PowerPoint app!  I also made a few other changes, which I will share below.

Changing the font to Century Gothic was one of the big changes.  This change allows the shows to be viewed on iPads without font distortion. 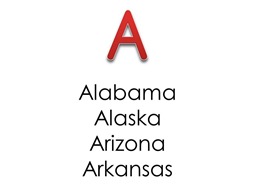 The other major change was making the capital city clearer.  I changed the graphics and text to showcase the name of the city more, which you can see below in the top left corner.

This show is included in my Members Only PowerPoint section, which is currently a one time fee of $20.

The PP shows are animated, which makes screenshots a bit pointless. So, I made a little video walking you through how it looks on our iPad, it will look the same on a computer too. I just used our iPad for this video.

I also made a tutorial for how to get PowerPoints playing on your iPad.  If you are already a member and interested in using PP shows on your iPad, this is how!

What about Android? We don’t have any Android devices but there is a PP app in the Google Play store here.  So, it should work the same.  Sadly, Kindle Fire does not support the PowerPoint app, so it won’t work on a Kindle Fire. We have one and I tried.

Grab your lifetime membership for $20.00!   Click here to see other PP shows included in Members Only PowerPoint.

See the rest of our USA Geography plan here… 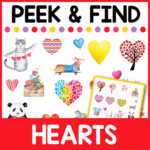